By Shane Wood on 17.10.2016 in Aisa International, Must Read, OpesFidelio in the Press 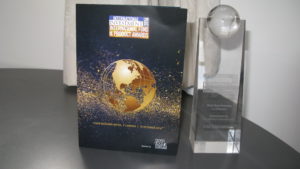 Following on from OpesFidelio’s earlier success last month at the International Adviser Best Practice Awards we are delighted to make a further announcement about our parent company. Aisa International were finalists in the prestigious 17th annual International Fund & Product Awards, hosted by International Investment magazine, in London on Wednesday 12th October.

With many major firms entering these awards we are delighted to be able to announce that the firm won the Best-Practice in Offshore 2016 award, the top overseas award for financial advisory firms, beating off serious competition from the likes of the highly regarded Fry Group and the largest claimed advisory firm in the world. Director Clive Tutton was on hand for the company to accept the award; yet further recognition of the leadership that Aisa International is demonstrating in the offshore advisory industry in the pursuit of ethical practice, client satisfaction and full regulatory compliance, across multiple jurisdictions.

OpesFidelio network is a part of the Aisa Group of companies, that also includes Aisa International and Aisa UK and are regulated or authorised in the UK, the EU and the USA.

Experienced international adviser, with a global clientele. Particular specialism with expatriate clients who are tax-resident in France, or have investments in Continental Europe. Having lived in France he has an inside knowledge of the tax system and how to obtain tax efficiency.
View all posts by Shane Wood →
Aisa International creates new European Investment Branch in Czech Republic
HMRC remove France and Italy from QROPS list