Aisa, a fee-based advisory firm headquartered in Wiltshire, England, is seeking other like-minded businesses from across Europe to join its relatively new network, OpesFidelio. 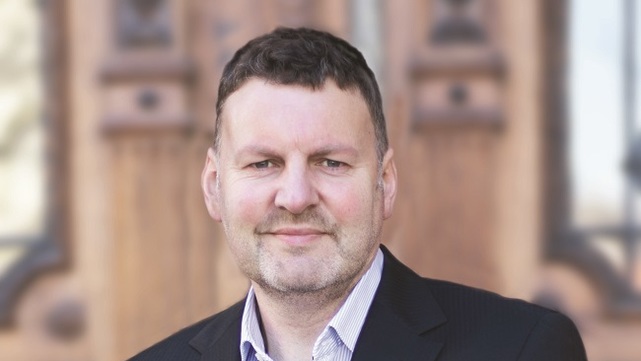 The network was actually founded in 2013, but co-founder James Pearcy-Caldwell (pictured), believes the current post-Panama Papers, post-RDR environment, coupled with various ongoing pro-best practice campaigns by individual companies and organisations, makes now the time to speak out about what he and his OpesFidelio colleagues are trying to do.

Which is to say, he says, “helping Europe-based financial advisers – and those who wish to be based in Europe – to build better incomes for themselves and their clients, using a basis of transparency and fees which already exists in the UK”.

This fee- rather than commission-based business model, he adds, is also destined to be the model on which the future Europe-based financial advice industry ultimately and unavoidably will be based.

According to Pearcy-Caldwell, the essential difference between the old-fashioned and out-dated commission model and newer, fee-based model is that the commission model “largely relies on having to find new business all the time, whereas the fee-based model is based on [providing] what a client wants – an ongoing service, focused on investments and planning, ‘with the latter being the OpesFidelio/Aisa approach…’ and the way we believe it should be”.

And change is coming to Europe anyway, in the form of such regulations as MiFID II and PRIPS (packaged retail- and insurance-based investment products regulation), Pearcy-Caldwell points out.

Pearcy-Caldwell says the OpesFidelio model also offers features that other networks don’t, such as “100% retained earnings for members, ranging from large businesses and individuals to introducers”.

Although the focus of OpesFidelio is on Europe, it would consider granting network-member status to advisers from other jurisdictions, according to Pearcy-Caldwell, including Asia, the Middle East, Africa or North or South America.

Aisa – which name comes from the acronym formed by the words Advanced Independent Specialist Advice – was founded in 1999 by Pearcy-Caldwell and Clive Tutton, and currently looks after around 2,000 active clients in the UK.

Additionally, Aisa is licensed by the US Securities & Exchange Commission and has a US-based adviser, who advises US-resident clients, in addition to working with advisers in such other jurisdictions as Australia.

More information on the OpesFidelio network may obtained by emailing contact@opesfidelio.eu.

David is an experienced graphic designer with over 35 years experience who has worked for a number of London agencies and design consultancies. He's been running his own design company for over 20 years which aims to create outstanding design as well as engaging, feature-rich websites with excellent user experience that re-enforces clients’ brand values.
View all posts by David Wood →
Brexit Referendum result – Investment perspective
Aisa Nominated for Moneyfacts ‘Investment Adviser of the Year’ Award